What’s up with the name “Lutheran”?
What does it mean?

It’s not what most people think. Here’s the raw story:

All human beings face temptation. Power and money tempt with great force. Unfortunately, during the late middle-ages, leaders of the church headquartered in Rome had fallen to those temptations. This was before the printing press and books were scarce. Most common people did not have the Bible in their own language – they had to rely on what church leaders taught them. It was a recipe for disaster. People were taught that forgiveness had to be bought. Money also just happened to be something that would assure that you entered heaven quicker. These teachings were tragic, and brought no comfort or assurance. 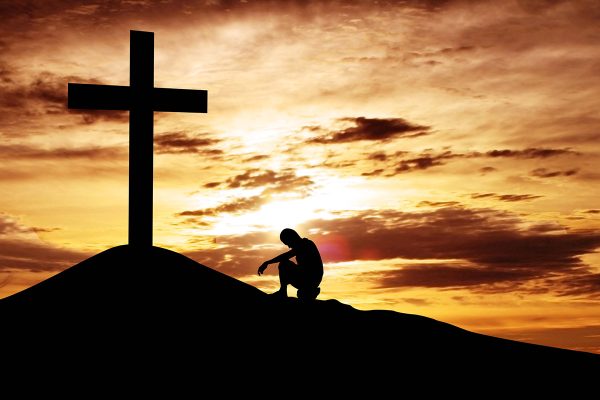 Some who knew the problem and tried to correct it were killed.  A man named Martin Luther, an educated but simple pastor, also tried to correct the corruption, and for it, he too faced death charges. But through some amazing events God kept him alive. He spent a year in secret, at a castle, and it gave him time to search the scriptures and write prolifically. His writings pointed people back to what the disciples and apostles at Jesus’ time had said and taught. He also translated the Bible into the language of the common people so that they could compare what they were being taught with the Scriptures.

Luther wanted to help everyone get back on the right track, even the church leadership, but they threw him out. He had no intention of starting a new church “denomination”, but to remain faithful to God’s Word he had little choice. He certainly did not want this new church to be known by his name, but that’s how the general population described it, and so the name Lutheran got attached to it.

Also during this time period nearly every theological question got discussed, as Luther and like-minded friends tried to clarify and present to others what the Bible truly taught. They wrote down the answers to all those questions, and the writings became known as the Lutheran Confessions. (If you’ve never read them, you will be amazed at their depth and thoroughness.) God doesn’t change, and neither does God’s truth. But Bible passages can be interpreted in many ways, including ways that lead people to focus more on themselves than on Jesus. The Lutheran Confessions help explain how the clear focus of all of Scripture is Jesus and His complete work to save all people. These writings remain a wonderful explanation of the Scriptures that our church treasures to this day.

And so, that is why we are called “Lutheran”, and why we subscribe to these old writings called “The Lutheran Confessions” as a guide that will always keep our church focused on Jesus and His saving work.  It’s about Jesus; it’s not about Martin Luther or any other mere human. (Read the writings of Luther and his partners and you’ll see this, clear as day.) He was a sinner like all of us. He made mistakes. But God used him and his colleagues in a mighty way to help refocus the church’s teaching back on Jesus.  That’s the important thing.

So… what about LC-MS; what’s that?

It stands for Lutheran Church – Missouri Synod.  Synod comes from Greek and means “walking together”.  Churches that interpret and explain the Scriptures in the same way can be said to be in synod with one another.

Well, as you might expect, different Lutheran groups came to America at different times and to different areas of the country.  The roots of our group settled in Missouri, and grew quickly, eventually having some other Lutheran groups from other states join them.  Our synod now has churches and schools throughout the world – we’ve just stuck with that original name.  Together, we are stronger.  We hold one another accountable as we walk together, which includes working together, struggling together, weeping together and rejoicing together.  Want to dig deeper; click here for more about LC-MS history.

Another note: There are other synods of Lutherans also, some very close to us in their teaching, and some that, sadly, have drifted away considerably from the Lutheran Confessions.  The name is not the main thing; the teaching is.  (Every church believes and teaches something; even those who try, with their name, to give the impression “interpret and believe what you want” – which can be another recipe for disaster.)